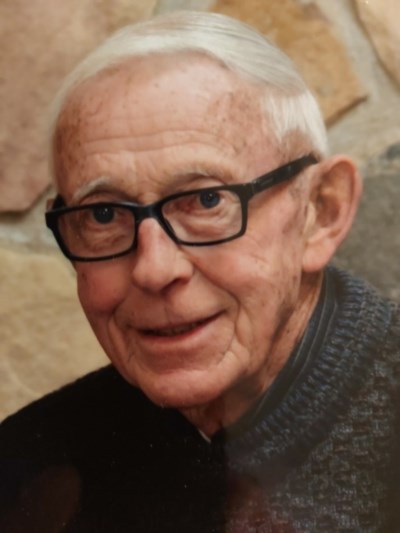 Mr. Vernon Elery ‘Vern’ Wilson passed away at his home, at Innisfail, on Sunday, October 11, 2020 at the age of 79 years. Vern was born in Medicine Hat, Alberta, and grew up and attended school in Rolling Hills, Alberta.

In 1963, Vern married Myrna Job, and they began their life together.  Vern worked for Revelstoke Homes in Brooks, Innisfail, Red Deer and Carstairs until 1964.  He went on to work for Central Cleaners for a few years and then started his career with Canada Post, in 1967.  He worked in various places from Yellowknife to Brooks, and all around the Province.  He retired from Canada Post, holding the position of Field Operations Supervisor, in 1993.

Vern then went to work part time; as a gas jockey at the Fas Gas in Brooks, which he seemed to enjoy.  In 1997, with Myrna also retired, they built a beautiful home on an acreage, near Rocky Mountain House, and moved out there.  During their time there, they took over operations as West Country Campgrounds; maintaining several campgrounds in the area, while, at the same time, Vern worked part time for the Rocky Co-op; and also delivered the Tuesday bulk delivery of papers for the Mountaineer Newspaper.  About four years later, they gave up the campgrounds and Vern went on working part time at the Rocky Co-op, and the Mountaineer.  Vern said that doing those deliveries for the Mountaineer was “the job he enjoyed the most”.

In 2018, Vern and Myrna sold their acreage and moved into Innisfail.  Vern was always very active in any and all the communities that he and Myrna had lived.  Some of the Community Feathers he could stick in his cap were:  Minor Hockey in Innisfail and Rocky Mountain House, Innisfail Booster Club Baseball, Innisfail Ski Club, Innisfail Curling Club, Memorial Presbyterian Church in Rocky Mountain House, Innisfail Jaycees and the Lion’s Club, in Innisfail and Rocky Mountain House. Vern was also an outdoor enthusiast.  He loved camping, fishing, hunting and all things outdoor.  He also loved woodworking and made picnic tables and wishing wells, in his spare time.  One of his favorite events was to host the May Long Weekend Pig Roast, which became a huge event for family and friends.  His other passion was the weeks he and Myrna vacationed in Mexico every year; where they spent time with both new and old friends on the beach, walking to the markets, taking tours and just relaxing.

Vern will be lovingly remembered by his loving wife of fifty-seven years, Myrna, his sons, Kelly (Dayna) of Oyen, Alberta and Kevin (Colleen) of Edson, Alberta, his four grandchildren, Riley, Amanda, Ashley and Travis, and one great grandchild, Rachel. He will also be sadly missed by his two brothers, Clint and Larry of Rolling Hills, Alberta, his brother-in-law, Stuart (Carrol) of Calgary, Alberta and his “special” uncle and aunt, Jack and Betty Hobbs; as well as his two nieces and one nephew, and their families.

Vern was predeceased by his parents, Lloyd and Bernice Wilson, his maternal parents, John and Blanche Job, a sister, Anne Wilson, an uncle, Miles Moriarty and his aunts, Nita Moriarty and Myrtle (Jim) Moore. As per Vern’s wishes and at the request of the family, no Funeral Service will be held. If desired, Memorial Donations in Vern’s honor may be made directly to the Canadian Arthritis Society at www.arthritis.ca; the Canadian Cancer Society at www.cancer.ca or to St. Andrew’s Presbyterian Church, 4716 - 50 Avenue, Innisfail, Alberta, T4G 1N1.  Condolences may be sent or viewed at www.heartlandfuneralservices.com. Arrangements in care of: Heartland Funeral Services Ltd.  .  415 – 49 Street, Innisfail, Alberta. Phone: 403.227.0006   Fax: 403.227.6437

Jack Wilson
Oct 23, 2020 6:55 AM
Comments
We welcome your feedback and encourage you to share your thoughts. We ask that you be respectful of others and their points of view, refrain from personal attacks and stay on topic. To learn about our commenting policies and how we moderate, please read our Community Guidelines.