Can't find anything new you like? There's still some hope

If you haven’t found the new, fall show you want to stick with yet, a few more are landing on network schedules this month. For example: Almost Family (premiering Wednesday, Oct. 2 on Fox and Global).
0
Oct 2, 2019 11:00 AM By: Bill Brioux 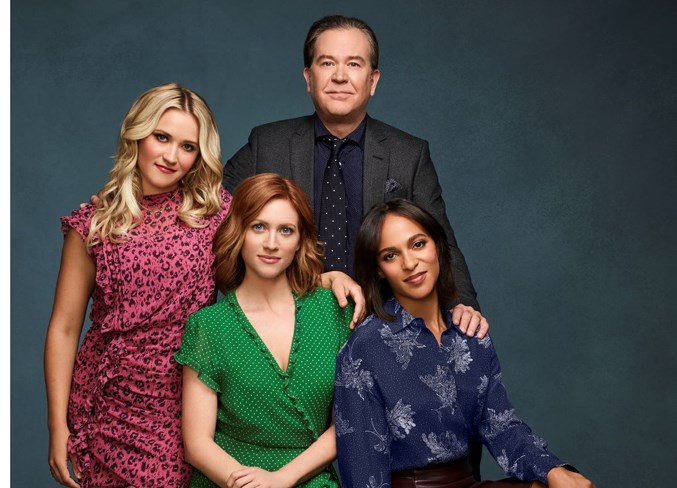 If you haven’t found the new, fall show you want to stick with yet, a few more are landing on network schedules this month. For example:

Almost Family (premiering Wednesday, Oct. 2 on Fox and Global). The premise is a little creepy: a famous fertility doctor named Leon Bechley (played by Timothy Hutton) admits to being his clinic’s secret sperm provider – and therefore the father of over 100 children! This comes as a shock to his daughter (Brittany Snow), who previously believed she was his only child. Two other grown, adult sisters are quickly traced back to daddy dearest (Megalyn Echikunwoke and Emily Osment). Which new brothers and sisters will come out of the woodwork next? The series has some proven showrunners behind it, including Jason Katims (Friday Night Lights). It’s based on an Australian series called Sisters, but it also sounds like a Canadian-made comedy from six or seven years ago called Seed. Either way, they’re going to need a much larger dining room table soon at the Bechleys. RATING: **

Kids Say the Darndest Things (premiering Sunday, Oct. 6 on ABC). Way back when TV shows were broadcast in black and white there was a nice man on television whose name was Art Linkletter. Back in the ‘50s and ‘60s, the Moose Jaw, Sask. native never seemed to wear out his welcome hosting daytime TV shows such as House Party and this series where he interviewed young children.

Mr. Linkletter was almost 98 when he passed away in 2010. He wouldn’t be the least bit surprised to learn that kids still say the darndest things. He might be surprised, however, that they’re saying them on this new series to Tiffany Haddish, a red hot standup comedienne whose humour, up to this point, has been considerably more adult. No matter – so are some of the darndest things that kids are saying these days. RATING **1/2

Retro Report (premiering Monday and Tuesday, Oct. 7 and 8, PBS).  Trust PBS to come up with a new way to recycle old headlines and package them in a way that could help viewers understand the present. Twice each week, hosts Celeste Headlee and Masud Olufani take a fresh look at news stories from the past, including: the first use of DNA to solve “cold cases”; panic in the ‘70s over Dungeons & Dragons; the origins of vaccine fears and why measles cases are soaring today. For me, the best segment comes at the end of each episode, when New Yorker humourist Andy Borowitz weighs in on things such as Geraldo Rivera’s 1986 peek inside Al Capone’s secret vault – and how that may have led to the whole notion of “Fake News.” RATING: ***

HARDER TO FIND PREMIERES: Subscribe to HBO or streaming services such as Amazon Prime Video or Netflix? You may want to start once you look at this list:

Living with Yourself (Oct. 18, Netflix). Paul Rudd plays dual roles as a man who undergoes experimental treatment and is replaced by a better version of himself in this eight-episode series.

Catherine the Great (Oct. 21, HBO). Helen Mirren stars in this four-part historical drama as the Russian empress who ruled during much of the 18th century.