A lull in protests will allow meaningful change to come from the Black Lives Matter movement.
Sep 7, 2020 9:30 AM By: Etty Cameron 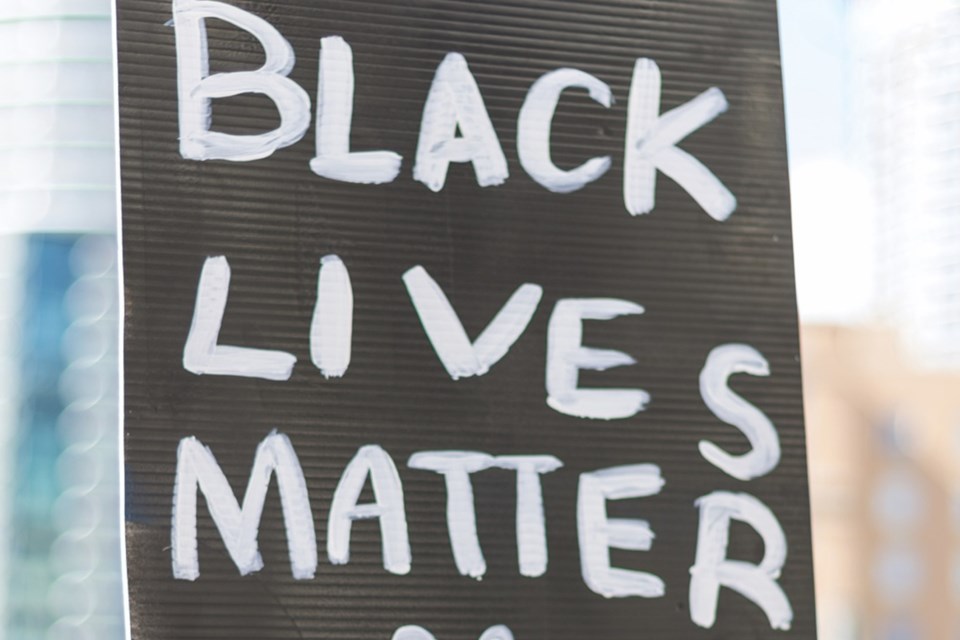 Months have passed since the world witnessed a surge in the protest movement using the slogan ‘Black Lives Matter.’ Some have retaliated, claiming that ‘all lives matter.’

Implicit in the slogan, Black Lives Matter, is the acknowledgement that all lives with the exception of black lives matter, since black people are not treated as part of the equation. The message is to be interpreted as a call for respectful inclusion in society. Indeed, if black lives did matter, they would not be subjected to systemic racism to the extent they constitute the largest population in prisons both in Canada and the U.S; nor would they be constantly exposed to the harsh and inhumane treatment meted out by the police and other sectors of society. Black Lives Matter, among other things, is a call for change against the perpetual stigmatization of black men whose lives are cut short by police brutality; whose hopes and dreams are kyboshed by criminal records and incarceration.

The lull in the protests gives everyone the opportunity to become part of the conversation; to explore changes and to move beyond rhetoric to practical enforcement of changes which will validate that concerns raised by Black Lives Matter are taken seriously.

It must be seen that the laws of the land are applicable to all irrespective of the color of people’s skin, their gender, ethnic origin, status in life or religious beliefs. When all are afforded the same opportunities, a healthy climate is created; everyone strives to excel, and society benefits from having to select from a diverse meritorious pool. In the final analysis, justice and equality will be the two main constructs by which change will be measured.

Noticeable changes are taking place. In the Parliament of Canada, Government is listening to Blacks as they speak their truths on systemic racism. Similarly, the University of McGill has commissioned two post doctoral students to research ways on how the university can best respond to the call for change. In the meantime, students request that McGill award scholarships to black students and provide the researchers an office on campus. We await recommendations that will be translated into meaningful change.

In response to findings of the Ontario Human Rights Commission, the Toronto Police Association has announced it will invest in cultural training so its Force will be better prepared to deal with a diverse population. To this end, Mayor John Tory wants to see sweeping reforms to the Force.

In the U.S., Democratic nominee Joseph Biden has chosen Senator Kamala Harris of California as his running mate in the upcoming presidential election. This is the first time in the history of American politics that a woman of colour has been named to this position. News regarding the selection was juxtaposed by a judge in Minneapolis who made history by releasing the police video-cam from the murder of George Floyd for all to see. Times are a-changing!

Unearthing past history of black folk by way of television or other media offers the public a better understanding of the Black Lives Matter movement. The CBC has created a curated platform where Blacks can interact. More black shows are being featured on various stations in an effort to meet the demand for inclusivity.

Black Lives Matter has also generated organizational responses from various sports. That the issue must have been addressed by managements, coaches and players is evidenced in slogan recognition in facilities, on buses, and by those wearing and displaying the message as a constant reminder of what matters. When players have a voice in a sport they play and love, when they help set the parameters, there will be no cause for resentment or disillusionment. Ultimately, sports organizations benefit from overall satisfaction within their ranks.

Remember, when justice and equality become a shared common experience, society will resort to a state of balance and equilibrium.

Etty Cameron is a retired teacher, who enjoys writing and traveling. She has participated in the Alberta Seniors' games, locally and nationally.