Commentary: I go out walkin, after midnight..

Nothing like telling tales after midnight, while looking at the stars
Sep 6, 2020 3:35 PM By: Helen Row Toews 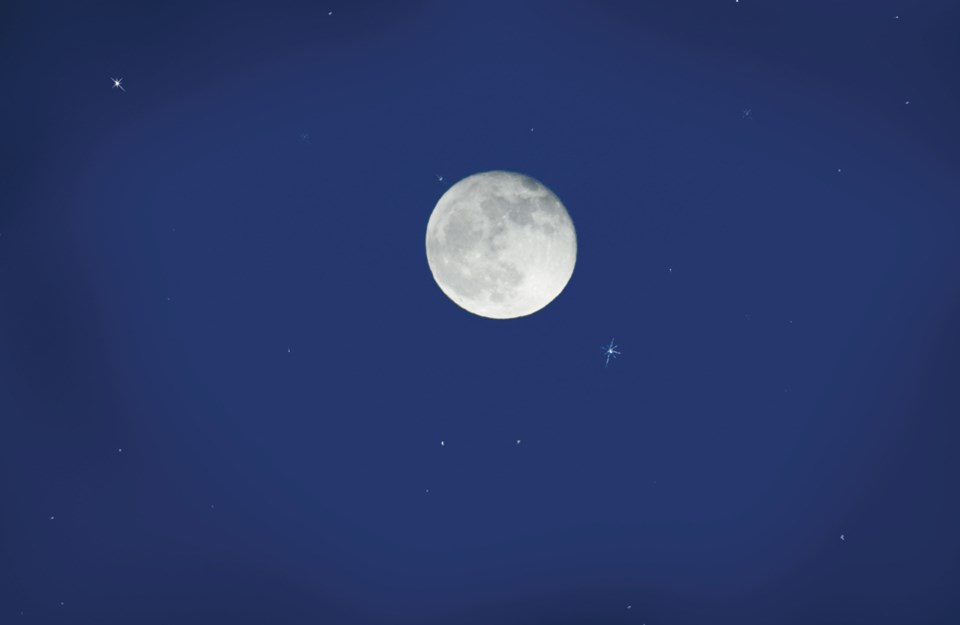 Talking into the night, staring at a starry summer sky--memories are made of this. Photo: Metro Creative Connection

Patsy Cline had the right idea when she crooned these words. If you choose an evening in summer when the sky is crystal clear, the moon rides high and the fractious breeze has soothed itself to sleep, the Prairies become a magical place to ramble. And I’m not suggesting you trudge down streets in town with overhead lights flooding the scene, or along gravel roads where vehicles never cease to rush.

No, I’m proposing you follow a well-worn cow path through a meadow behind the barn, or perhaps meander down a grassy trail past a sighing field of wheat. Places such as these capture my fancy; places that are reflective and quiet.

Daughter Aliyah and I did just this the other night. It was a little after 12 a.m. and the farm lay silent as we stole across the lawn and paused on our bridge among the cattails. They’ve flourished this year with all the rain, leaving only a small space open where the creek gurgles through.

We hopped off the opposite side and wound our way through clover, its scent heavy and cloying, eventually finding ourselves in the cow pasture. Of course, there’s a certain risk involved when following a groove worn into the earth by cattle, particularly when sight is limited, and one is wearing pink running shoes, but these are trivial matters of no consequence on such a night.

After strolling past the oat crop, we ended by flopping down on a hill overlooking the yard. We lolled on grass damp with dew, and talked, and gazed at the stars until we began to feel as though we weren’t alone. Tiny flickering lights began to appear in the warm air around us and I told Aliyah a story of fireflies and her brother, Chris.

It was one summer, years ago, on a family visit to Manitoba. There always seemed to be plenty of lightening bugs in the countryside where my uncles lived (also ticks, but that’s another story with none of the pleasant overtones I’m trying to convey). Ten year old Chris bounded though the yard collecting the flashy little insects in a jar, until bedtime, when I told him to let them go and come inside.

“But it took me so long to catch them,” he protested loudly, clutching the Mason jar to his chest.

Presently, Chris dragged himself through the kitchen and looked at me with listless, empty eyes. “They’re gone,” he mumbled, his voice trembling with emotion. I felt a pang of guilt as I beheld the small, dejected boy ascend the staircase to his room.

Maybe I should have let him keep one, I thought, closing the door to my own darkened bedroom later. Berating myself for crushing an innocent lad’s request for a few lousy bugs, I lay down.

Wait – was that a light I saw in the corner? Naw, couldn’t be. Hang on – there it was again. It flickered right, then flashed left, and then two more joined in. Suddenly my room was filled with the blinking lights of fireflies!

Innocent lad be damned, that little varmint purposely released them in my bedroom! I hollered his name and the door opened a smidgeon. A pair of small lips were pressed to the crack, “Well – you didn’t say where to let them go.”

Aliyah and I giggled on the hilltop as I told her this tale, our folded arms for pillows and the fireflies and stars our glowing companions.

Prairie Wool is a collection of humourous anecdotes about the everyday of rural life. Helen's book is available through Amazon.ca