We're trapped inside our 'filter bubbles'

You may have heard about the trouble our Prime Minister got in the other day. Some photos emerged of him wearing “brownface” nearly 20 years ago, and the reaction was… about the same as it is for any modern scandal.
0
Oct 2, 2019 11:00 AM By: Scott Tougas 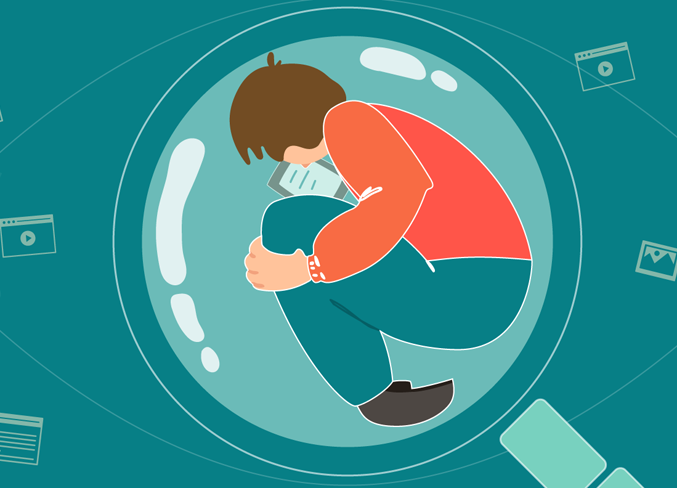 You may have heard about the trouble our Prime Minister got in the other day. Some photos emerged of him wearing “brownface” nearly 20 years ago, and the reaction was… about the same as it is for any modern scandal.

Justin Trudeau supporters admitted it was a lapse in judgement from our the otherwise righteous prime minister –who hasn’t made mistakes when they were young? Justin Trudeau detractors (also known as “Albertans,” in most circles) revelled in his schadenfreude, and pointed it out as just another example of the prime minister’s hypocrisy, or, if you want to take it a step further, his terrible judgment.

Who’s right? Who’s wrong? That almost certainly depends on how you felt about Trudeau in the first place.

Lets take this a step further. US President Donald Trump is in a bit of a snafu regarding asking a foreign power to drum up evidence against Democratic candidate, Joe Biden. The stakes are a little bit higher here. If you believe in things like “evidence” and are against things like “abuse of power” or “corruption,” it’s a pretty open and shut case.

But public sentiment – in America, at least – will be split. Trump supporters will sluff it off as no big deal, just another example of the liberal media going after their virtuous leader. Trump detractors will cite this as the latest and greatest example of one man’s megalomania and wanton disregard for the law.

People have always disagreed, but things have changed in some subtle ways. The vast majority of us – young and old – now get our news on the internet. And the internet disseminates news stories like these in different ways than before.

The term for it is “filter bubbles,” and it’s changing the way we interpret stories. A filter bubble occurs when websites – most notably social media like Facebook, or search engines like Google – use algorithms and our past behaviour to selectively present the news we want to read. If you’re a member of a “Justin Trudeau Must Go” group, the coverage you receive is likely to be critical. Websites want clicks, and they’ll present you with the type of news (or, maybe more accurately, the “slant” of news) that has resonated with you in the past. After all, we rarely go searching for things we disagree with.

These algorithms have led to great wealth for the companies that have developed them, but they’ve had a troubling impact on society. Instead of contemplating both sides of an issue, we are just presented with facts to back up our own perspective. We may not even be aware there are other sides of an issue. While Trump’s dealings with Ukraine seem to be an undeniably huge story, it will not take long until Trump supporters are deluged with stories about the alleged Biden 'scandal', and how it is, in fact, the bigger story.

The repercussions of these filter bubbles has had a huge impact, and has led to a rise in extreme views on both sides of the political spectrum.

If you’re a left leaning person now, you likely view conservatives as inhumane monsters. If you’re right leaning, you probably consider liberals to be weak, feckless fools, hellbent on destroying all the things that made your country/history great. There’s very little middle ground anymore.

This all begs the question: what to do? Unfortunately, as far as I can tell, it’s up to us to emerge from these filter bubbles. We need to develop a critical eye for the news, and – as painful as it is – search out the other side of issues. Even if you don’t agree, at least you may be able to see where they’re coming from.