Column: When Patience Runs Out: A Bird's Eye View of Black Lives

The killing of George Floyd last month in Minneapolis woke people the world over to the centuries of injustice for black people. Columnist Etty Cameron offers a historical perspective.
Jun 26, 2020 9:51 AM By: Etty Cameron 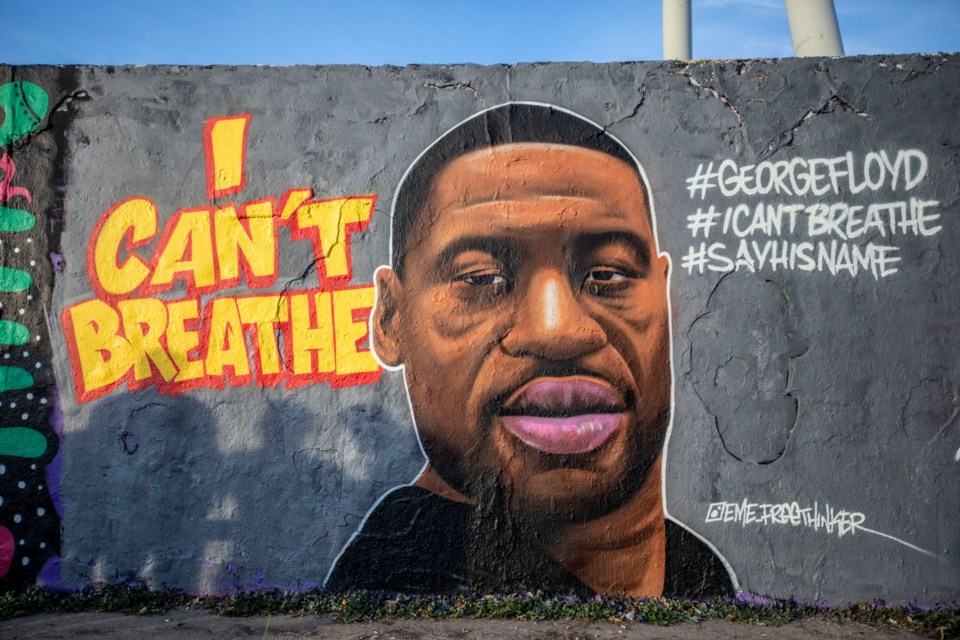 Protests following the killing of George Floyd by police are an uprising rooted in centuries of injustice to blacks, says columnist. Photo: supplied.

Unresolved issues never go away. Instead, those issues lie dormant like sores festering under the skin. And then – poof! A burst of pent-up emotions find release in an incident like that of George Floyd, in which four hundred years of similar treatment come rushing back. Four hundred years when black slaves had no name, no identity, and the only voice they had was that of acquiescence, ‘yes Master, yes Missis.’ Slavery has become the root of all the evils that black people face today.

Slaves were subjugated to the whims of plantation owners who held them in abeyance with the whip for not working fast enough in the hot sun, even when they were suffering from dehydration and exhaustion.  Lives of slaves were important only to the extent they were of service to plantation owners. While both male and female slaves were treated severely, male slaves were degraded and vilified. Male slaves could not complain to anyone nor could they protect their women or children.

A popular weekend activity at Codrington farm in Barbados, was the herding of female slaves into an enclosure where white men went for a joy ride with slave women for the sole purpose of impregnating them. The more children that were born, the more hands there would be to work the plantations down the years. Children were not born as children, but as slaves. Their work started at the age of three years and prolonged into a wearisome and inhumane existence from which there was no recourse; as evidenced in the case of Dred Scott vs. Sanford in the Minneapolis Supreme Court, 1856, when all slaves were legally emancipated.

Sanford moved from Atlanta to Minneapolis with his freed slave, Dred Scott, but after Sanford’s death, the family refused to let Dred go free. Minneapolis Supreme Court chief justice Brooke Taney said- “African Americans had no rights which the white man was bound to respect. No slaves, no blacks, free or slave could be citizens.”

The murder of George Floyd in Minneapolis shows us what happens when justice is denied and patience runs out. The resurgence of protests in which black folks, joined by many others, are making their voices heard in support of the demands for equal justice for all, defunding the police and eliminating racism, are demonstrative of the citizenry desiring to fulfil the clause in the constitution that “all men are created equal.” The protest has become a movement that transcends the death of George Floyd. It has forced governments around the world to take stock of their treatment of blacks, people of color, the Indigenous populations and other victims of racism.

In The Audacity of Hope, Barack Obama says, “when we feel empathy for others it shakes us out of our complacency, we are all forced beyond our limited vision.” This protest is an awakening; it calls for better ways to deal with conflicts, show respect to all and provide equal opportunities irrespective of the color of a person's skin. It is a call to engage blacks at all levels of society--in conversation and in practical ways. Their worth and merit must be tangibly acknowledged.

Governments can start with equal pay for equal work across the spectrum. Workers should feel a sense of pride when a co-worker gets promoted because he is fully deserving, not because someone more qualified is passed over, or the more qualified is a black person whose status quo must remain unchanged.  When justice is fairly administered in a society, everyone should be able to breathe freely and ‘be judged by the content of their character, not by the color of their skin.’ (Martin Luther King Jr.). Consider how beautiful the world will be when governments invest in practices that are geared to annihilate racial discrimination.

Professor Orlando Patterson, the head sociologist in the Harvard School of Divinity, said “history can haunt communities..privileges from the past become the pain of the present.”  The time has come when the faces of governments everywhere should begin to reflect the populace in their jurisdictions. Recipients who benefit from the avails of slavery cannot be content to rest on their laurels--they too will be held accountable for not helping to support restorative justice.

Etty Cameron is a retired teacher who has worked in many Alberta jurisdictions. She enjoys writing, traveling and floor curling, and has participated locally and nationally in the Alberta Senior Games.

Column: Can flushing the toilet spread the virus?
Jul 4, 2020 9:43 AM
Comments
We welcome your feedback and encourage you to share your thoughts. We ask that you be respectful of others and their points of view, refrain from personal attacks and stay on topic. To learn about our commenting policies and how we moderate, please read our Community Guidelines.