Yee-haw! Country gets the documentary treatment it deserves

September is the month when old shows return and new ones try to crack the schedules. Find a comfortable chair and get ready to binge.
0
Aug 28, 2019 11:00 AM By: Bill Brioux 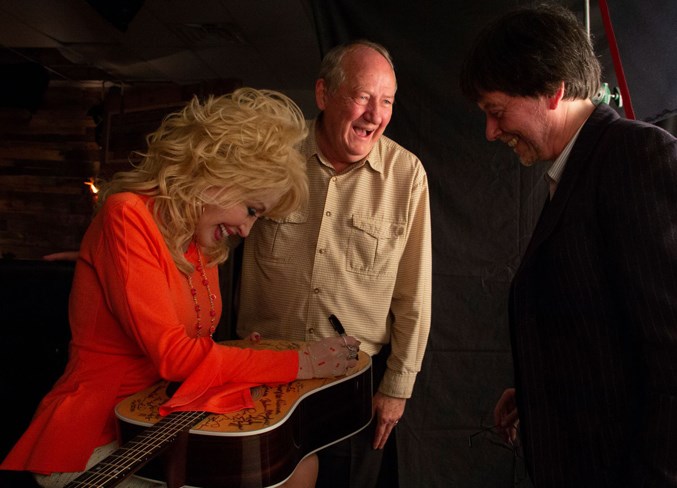 September is the month when old shows return and new ones try to crack the schedules. Find a comfortable chair and get ready to binge. You’ll need to clear at least half your viewing time, however, just for our first recommendation:

This is a history lesson you can tap your foot to, with a soundtrack of 600 music cues spread over 16 hours. Part One, “The Rub,” airs Sunday the 15th. Burns’ favourite narrator, Peter Coyote, spins the tale of “Fiddlin’” John Carson, a Georgia factory worker who played everything from KKK rallies to Communist gatherings to make ends meet. Carson’s career took off with the arrival of Atlanta radio station WSB – “Welcome South, Brother” – in 1922. Suddenly there was a craze for “Old Time Pieces” coming out of Hill Country.

One expert defines country music as “three chords and the truth.” Another says, “It’s truth telling even when it’s a big fat lie.” Parton, who bursts effortlessly into song now and then on the doc, notes, “You can dance to it, you can cry to it, you can make love to it, you can play it in a field.”

Where it all began will surprise some viewers. Many of the best-loved songs have roots in England, Ireland, Scotland and Wales; some ballads date back to the 1600s. The banjo influence came straight out of Africa.

Where it really came from, reads Coyote, is “the bottom up.” The sound ”filtered out of secluded hollows deep in the mountains and from the smoky saloons on the edge of town.” Written by Burns’ frequent collaborator Dayton Duncan, the words match perfectly with the endless series of historic, black and white photographs of people both famous and unknown, all set to a slow zoom.

Beyond the look at the genre’s roots, future chapters, airing almost every night through Sept. 25,  are divided into two hour sections with titles such as, “Are You Sure Hanks Done it This Way?” (1973-1983). Among the many country legends profiled are Johnny Cash, Willie Nelson, Bill Monroe, Loretta Lynn, Gene Autry, The Judds and Hank Williams. This is the country music documentary for anyone who loves the genre or has never bought a country record. RATING: ****

NEW AND WORTH A TRY

Bob ♥ Abishola  (Monday, Sept. 23, CBS, CTV).  TV’s top comedy producer, Chuck Lorre (The Big Bang Theory, Mom) is back and showcasing somebody he’s worked with before – Billy Gardell (Mike & Molly). Here the plus-sized stand-up comedian plays a Detroit socks manufacturer who has a mild heart attack. While recovering in the hospital, he falls in love with a no-nonsense Nigerian immigrant nurse (Folake Olowofoyeku).  This “opposites attract” concept may get old fast, but there’s promise in the pilot. ***

Carol's Second Act (Thursday, Sept. 26, CBS, Global).  Emmy-winner Patricia Heaton (The Middle, Everybody Loves Raymond) has a shot among women at starring in three TV hits (only Lucille Ball and Julia Louie Dreyfus have done it before). Here she plays a single mom and retired teacher who goes back to school to become a doctor. As a middle-aged intern, she has to fit in with a group of Millennials – the funniest played by Toronto-native Sabrina Jalees. They’re both great, and so is Kyle MacLachlan (Twin Peaks) as an oddball MD. The writing, though, could use a transfusion. **1/2

Stumptown (Wednesday, Sept. 25; ABC, CTV).  Vancouver native Cobie Smulders (How I Met Your Mother) leans into her Marvel action roles in this new drama. Here she plays a damaged, burnt out army veteran who stumbles into the PI business. The pilot was action packed; don’t miss the first five minutes. Jake Johnson (New Girl) has been added to the cast. ***1/2

The Unicorn (Thursday, Sept. 25, CBS). If you like off-beat humour, you might like this sitcom starring Walton Goggins (Justified, Vice Principals) as a recently widowed father of two daughters who jumps into the dating pool. His pals freak when the ladies fall for his “attractive single dad” posting.  **1/2

A Very Brady Renovation (Monday, Sept. 9; HGTV) reunites the original child stars from The Brady Bunch. All six have to help renovate the actual California side-split that serves as the exterior shot of the family dwelling on the old show. Marcia, Marcia! Marcia! The cast is now in their sixties!

Dancing With the Stars  (Monday, Sept. 16; ABC and Citytv)