Your guide to new shows for the new year

Do you have 2020 vision? You will with this handy list of new and returning mid-season TV premieres for the year 2020. January is a busy month, especially in Canada, with several home-grown productions all part of the mix.
0
Jan 1, 2020 11:00 AM By: Bill Brioux 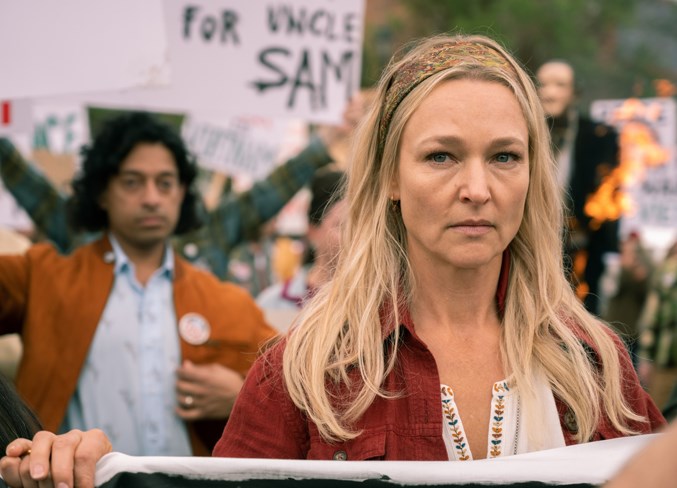 Do you have 2020 vision? You will with this handy list of new and returning mid-season TV premieres for the year 2020. January is a busy month, especially in Canada, with several home-grown productions all part of the mix.

High Arctic Haulers (Jan. 5, CBC): From the producers of Ice Road Truckers comes this fascinating look at the men and women who help truck and fly vital supplies to remote regions of Canada’s most northernly communities.

Nurses (Jan. 6, Global):  What Rookie Blue was to cop shows, this series is to the nursing profession. Five young nursing students graduate to the floor of a busy, big city hospital. Set and shot in Toronto, as always.

Kim’s Convenience (Jan. 7, CBC): The Kim family welcome convenience store customers back for a fourth funny season. Among the new storylines: Will Jung and Shannon finally find love at the Handy Rent-a-Car?

Schitt’s Creek (Jan. 7, CBC): The sixth and final season of 14 episodes will conclude with an ending the creators of this series had in mind all along. Do the Schitts regain their fortunate and finally move out of that crummy little motel?

Back in Time for Winter (Jan. 9, CBC): The Sudbury, Ont.-based Carlson family give up their electronic devices and embark on an experiment that sees them live like a Canadian family from the 1940s, ‘50s, ‘60s and ‘70s. Sure, you try keeping bell bottoms dry in a Sudbury winter!

The Detectives (Jan. 9, CBC): The story behind real cases are told by the detectives who cracked them in the second season of this true crime, re-creation drama.

NEW FROM THE AMERICAN NETWORKS

The 77th Annual Golden Globe Awards (Sun., Jan. 5 on NBC and CTV). Ricky Gervais returns as host, which should make it interesting, even if the awards are somewhat bogus.

FBI: Most Wanted (Jan. 7, CBS, Global). Julian McMahon, Kellan Lutz, Nathaniel Arcand and others star in a spin-off drama about an elite corps of FBI agents who only track the most wanted criminals.

Lincoln Rhyme: Hunt for the Bone Collector (Jan. 10, NBC). Russell Hornsby (Grimm) plays Lincoln Rhyme, a former NYPD forensic specialist forced to retire when a serial killer left him paralyzed. He’s brought back in when a young detective (Arielle Kebbel of Midnight, Texas) has a lead on the same killer.

Grace and Frankie (Jan. 15, Netflix). The sixth and final season of the Jane Fonda/Lily Tomlin series. Now Fonda will have more time to go to prison!

9-1-1: Lone Star (Jan. 19, Fox). Rob Lowe and Liv Tyler prove even first responders can be beautiful in this spin-off from the popular rescue drama.

Curb Your Enthusiasm (Jan. 19, HBO). Larry David is back for a 10th season with Jon Hamm, Laverne Cox, Jane Krakowski and Fred Armisen among the guest stars.

Outmatched (Jan. 23, Fox). A blue-collar couple from New Jersey (Jason Biggs and Maggie Lawson) are trying to raise four children – three of whom are geniuses.