What started as a way to commemorate the 40th anniversary of Terry Fox's Marathon of Hope ended within minutes as runners and T-shirts sold out online.
0
May 20, 2020 2:16 PM By: Canadian Press 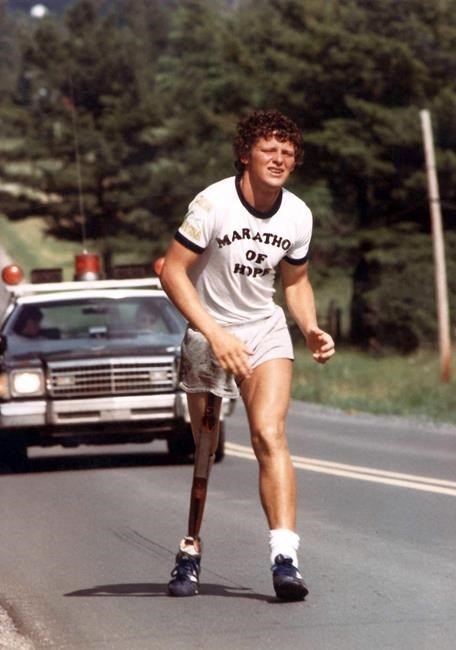 What started as a way to commemorate the 40th anniversary of Terry Fox's Marathon of Hope ended within minutes as runners and T-shirts sold out online.

Adidas Canada had promoted the sale of Orion sneakers similar to the classic, three-stripe runner worn by Fox throughout his marathon journey.

The online-only sale began Wednesday morning but comments on the Adidas website show customers ready to spend $130 for the shoes or $40 for the T-shirt instead received notices that inventory was not available.

A few minutes after the sale started, Adidas posted an advisory asking customers to "stay tuned for a restock."

Adidas Canada says on its site that all net proceeds from the commemorative collection will go to The Terry Fox Foundation and the company didn't respond to a request for comment about its stock shortage.

Fox began his run on April 12, 1980 in St. John's, Newfoundland and was forced to end it 143 days later in Northern Ontario after cancer spread to his lungs.

During the run and in the years following, the Marathon of Hope has raised more than $750 million worldwide for cancer research.

This report by The Canadian Press was first published May 20, 2020