Much like B.C.'s provincial health officer, the drink appears cool, calming, and refreshing
Jul 28, 2020 7:00 AM By: Lindsay William-Ross 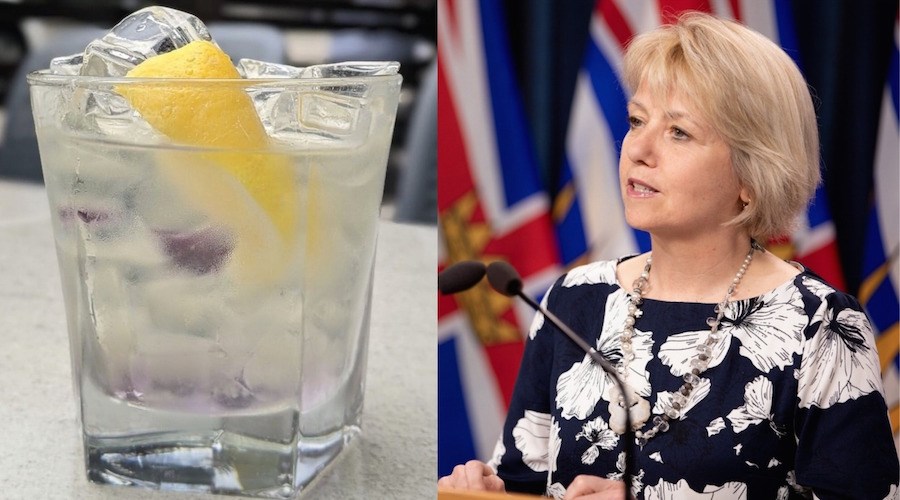 You can order up a 'Bonnie Henry' to sip on this summer at Vancouver's Burgoo (left, @burgoodbistro/Instagram). Right: Dr. Bonnie Henry, Province of British Columbia

I'll admit it: I'm one of the many B.C. residents who has imagined how nice it would be to sit outside on a Vancouver restaurant patio on a sunny summer day with our Dr. Bonnie Henry, our provincial health officer.

The closest we may all get is to sit down at a location of Vancouver's Burgoo restaurant chain, and order up a Bonnie Henry – a seasonal drink feature that hit their menu in late June.

The Bonnie Henry cocktail is made with Clos du Soleil Pinot Blanc, Prosecco, lavender, and lemon, and is served over ice. Much like Dr. Henry, the drink appears cool and calming, and a little refreshing, too.

On the menu listing for the Bonnie Henry at the beloved "comfort food" eatery is also the good doctor's well-known saying: "Be kind. Be calm. Be safe."

Choosing B.C.'s Clos du Soleil's Pinot Blanc was certainly no fluke. Dr. Henry and her now ex-husband, Spencer Massie, were among the founding shareholders in the Okanagan winery.

So far, we've tracked several things named in honour of Dr. Henry, including a craft beer, a sushi roll, a John Fluevog shoe, and an octopus - in addition to Burgoo's cocktail. What's next? Maybe a historic Vancouver fountain?

Burgoo's five Metro Vancouver locations are all open for dine-in, and offer patio service. They have locations in Vancouver's Mount Pleasant, Point Grey, Kitsilano, and Downtown, and in North Vancouver's Lower Lonsdale.

Canadians can visit Hawaii without quarantining starting in September
Aug 12, 2020 6:45 AM

Explore Alberta at Open Farm Days
Aug 11, 2020 9:52 PM
Comments
We welcome your feedback and encourage you to share your thoughts. We ask that you be respectful of others and their points of view, refrain from personal attacks and stay on topic. To learn about our commenting policies and how we moderate, please read our Community Guidelines.