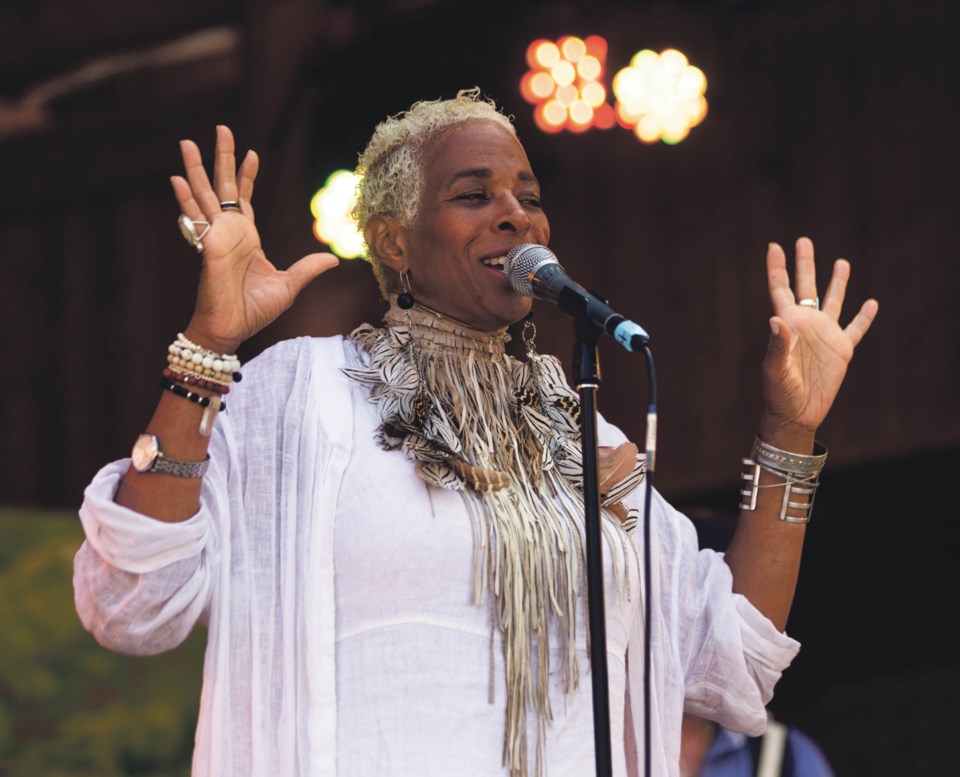 Shakura S'Aida is one of the artists performing in the “Great Paws Virtual Show” at Almost Folk Festival from Aug. 1-3. RMO FILE PHOTO

CANMORE – A modified version of the 2020 Canmore Folk Music Festival is making it easier to get the tunes to music lovers’ ears.

From Aug. 1-3, the newly announced Almost Folk Festival will be available free virtually and on the radio as part of a make-up weekend to the cancelled event in downtown Canmore.

“Our goal was to present something because music is so much a part of keeping people together and motivating people," said Sue Panning, festival director. "We wanted to put something together and we also wanted to be able to send some money to artists. That part of it was around keeping our ecosystem alive as much as we can do – every little bit helps."

On Saturday (Aug. 1) from 1-3 p.m., Alberta-wide radio station CKUA is hosting a "Canmore folk festival retrospective” segment, including interviews, music, and other performances from past festivals.

On Monday (Aug. 3), Almost Folk Festival launches two compilation videos of its finale songs, featuring some of the aforementioned artists, who'll detail their memories and connections to Canmore and the 43-year history of the festival.

For Banff-native Amelie Patterson, the Canmore folk fest gave her her first big gig in 2013 and motivated the green musician to become serious about pursuing music as a career.

"I was so nervous, after my set I pulled the patch chord out of my guitar before warning John Frolic (a classic rookie move) and caused the speakers to thunk super loud through the whole room," wrote Patterson, in an email.

"Anyway, I ended the set on this song, 'Place Where I’m From,' and got a standing ovation from all my friends and family and supporters. I decided not to pursue a career in sciences and slipped into the arts instead. I’m so eternally grateful to Sue Panning and the Canmore Folk Fest for that first opportunity, and for their continued support."

During the long weekend, local radio station Mountain FM will be giving airtime to artists and bands that have played the folk fest stage.

Almost Folk Festival also will be rewarding loyal fans with a contest. If you own a Canmore folk festival T-shirt, you can enter a contest to win two tickets to next year’s event by photographing yourself wearing it and tagging the festival’s social media during the long weekend.

This years's Canmore Folk Music Festival was cancelled due to COVID-19. However, organizers were quick to announce the 2021 festival will take place from July 31 to Aug. 2.

Explaining the passion called pickleball
Aug 6, 2020 11:53 PM
Comments
We welcome your feedback and encourage you to share your thoughts. We ask that you be respectful of others and their points of view, refrain from personal attacks and stay on topic. To learn about our commenting policies and how we moderate, please read our Community Guidelines.