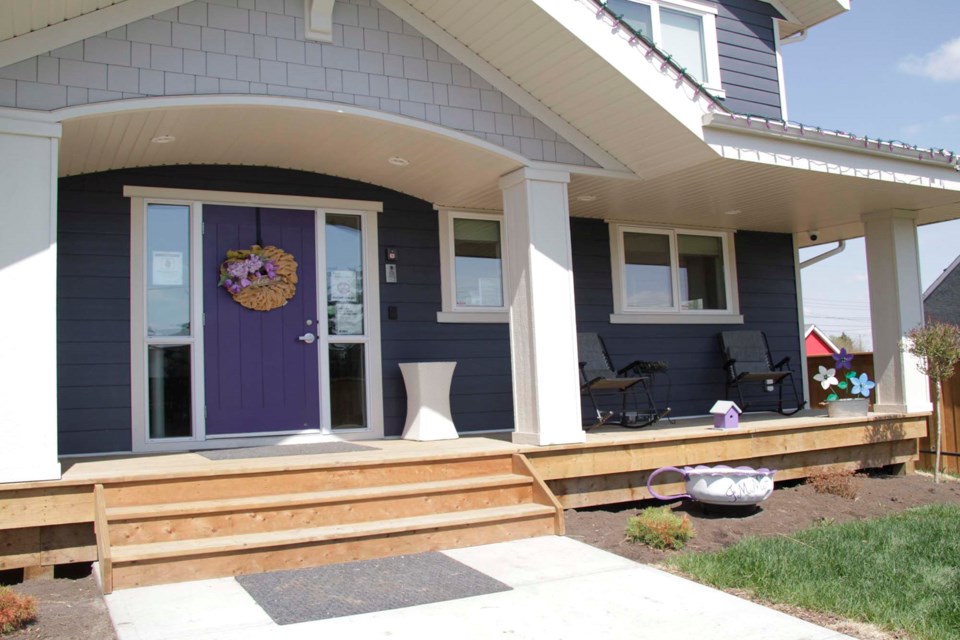 Morinville - On Thursday, the Alberta government announced it is giving Jessie's House a $1.1-million grant to help victims of domestic violence.

Jessie's House, a shelter named after Jessica Martel, who was murdered by her common-law husband in front of her children in 2009, opened on May 19, 2020. Lynn Rosychuk, Jessica Martel's mother and the founder of the Jessica Martel Memorial Fund, said the house came about, not only as Jessica's legacy, but also out of need.

"We tried so many times to get her to safety, but in our community, there wasn't a shelter or resources for her to access. She had tried to get into a shelter in Edmonton, but they were always full. There were so many families in the same situation as Jessica," Rosychuk said.

Rosychuk recounted how she and Jessica would often talk about her daughter's desire to open a place to help others in her situation, because she never wanted anyone to go through what she dealt with before her death.

Minister of Community and Social Services Rajan Sawhney said Thursday COVID-19 has led to an unacceptable increase in family violence that the United Nations is deeming a shadow pandemic.

"In Alberta, the statistics speak for themselves. Reports from those on the front lines show that all types of violence against women and girls have intensified. Our province has some of the highest rates of family violence in Canada, and we are taking action," Sawhney said.

Marla Welk, executive director of Jessie's House, said this grant will be a game-changer that will play a part in sustaining operations; continuing programming; group work; outreach awareness; and community engagement, allowing them to continue providing a safe haven.

With COVID-19 still a reality, Welk said we haven't seen the full scope of the situation and won't until the pandemic eases.

"People are so isolated, and it's really easy for an abuser to keep somebody isolated. It makes it harder for them to reach out. I think we're going to continue to see an increase of reported cases of domestic violence and people continuing to reach out to us," Welk said.

Since its opening, Jessie's House has helped more than 110 people, despite COVID-19 and restrictions needed to keep everyone safe. The shelter, which serves St. Albert and Sturgeon County but will also assist surrounding areas, has 35 rooms and is currently at full capacity within COVID-19 limitations.

As a non-profit organization, Welks said it takes funds and donations from government and individuals and for all of us to take a stand against domestic violence, and awareness plays a big part. "We can't do this work alone. It takes an entire community to band together to put an end to domestic violence," said Welks.