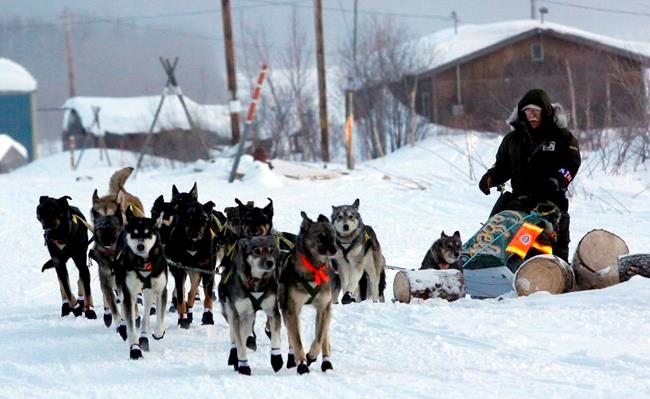 ANCHORAGE, Alaska — Emergency surgery has sidelined a four-time winner of Alaska's famed Iditarod Trail Sled Dog Race days before he was set to compete in his 30th race.

Jeff King withdrew Tuesday over concerns for his health, a spokeswoman for the Iditarod told The Associated Press. The race will start Sunday north of Anchorage.

Messages left with King at the hospital and his cellphone were not immediately returned.

The 64-year-old musher posted a picture of himself on Facebook in a hospital bed with the words, “Curve ball.”

A separate Facebook posting from his kennel, Husky Homestead Tours, said King began to feel ill Monday night shortly after an Iditarod-affiliated event in Anchorage and went to a hospital with abdominal pain. He later underwent emergency surgery for a hernia and perforated intestine.

“Unfortunately, this does mean that Jeff will not be on the runners heading to Nome this year," the posting said.

Two years later, King was one of two competitors targeted by a man who drove a snowmobile into their dog teams. One of King’s dogs, Nash, was killed, and other dogs were injured near the checking point in the village of Nulato. The man ended up pleading guilty to felony criminal mischief and charges of assault, reckless endangerment and driving under the influence. He was given a six-month sentence.

His total career earnings in the Iditarod are $967,789. When the race was experiencing financial problems in 2010, King donated $50,000 for the winner’s purse.