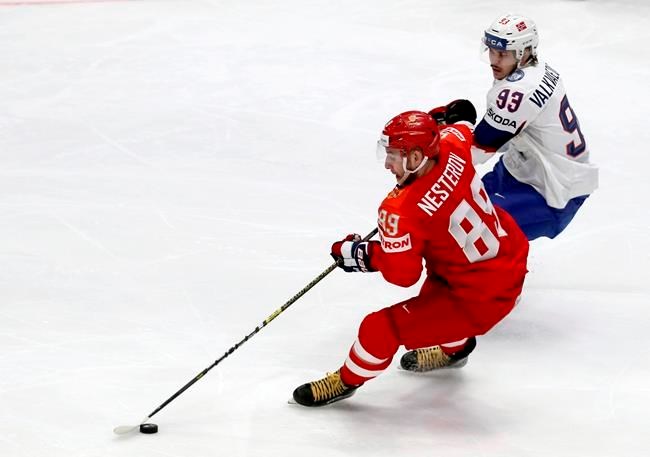 CALGARY — The Calgary Flames and Russian defenceman Nikita Nesterov have agreed to a one-year contract.

The 27-year-old from Chelyabinsk scored seven goals and assisted on 16 in 53 KHL games last season with CSKA Moscow.

He totalled nine goals and 24 assists, as well as a goal and six assists in 28 playoff games. The Lightning drafted him in the fifth round in 2011.

Nesterov was captain of the Russian team that won an Olympic gold medal in 2018 in Pyeongchang, South Korea. He was also named to that country's World Cup squad in 2016.

This report by The Canadian Press was first published Oct. 23, 2020.