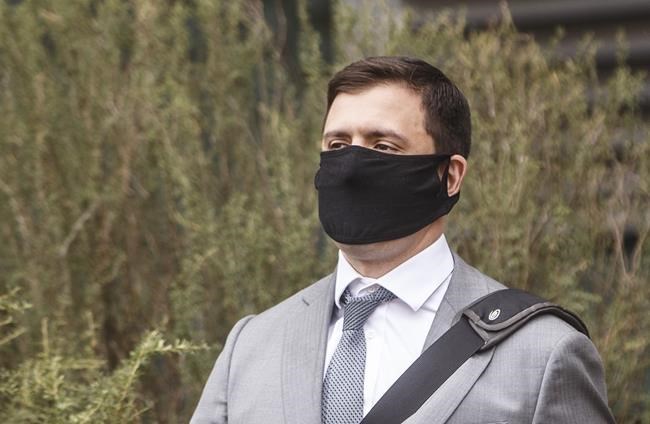 EDMONTON — A former Edmonton nightclub employee convicted of sexually assaulting five women has been sentenced to eight years in prison, a term reduced partly because of a beating he suffered while in custody.

Matthew McKnight, 33, was accused of sexually assaulting 13 women ranging in age from 17 to 22 between 2010 and 2016. He pleaded not guilty, but a jury convicted him on five counts.

In her ruling Friday, Court of Queen's Bench Justice Doreen Sulyma said his prison term on the five counts must be served consecutively.

The prosecution had asked for a sentence of 22 1/2 years, while McKnight's lawyer had suggested five to nine years.

Sulyma provided detailed reasons for sentencing on each of the five counts, including that in some cases McKnight did not use a condom.

"In each case here, the victim was vulnerable, young, intoxicated and under the control and power of Mr. McKnight," Sulyma said.

"(They) all gave extremely powerful and articulate accounts of their individual distress."

Court has heard that McKnight met most of the women in bars and assaulted them at his apartment. Several victims told court that they have had nightmares, thoughts of suicide and anxiety since they were attacked.

"For years, I have been terrified of you. You haunt my dreams and dictate my waking moments," one woman said in her victim impact statement read to the court in early July.

The victims' names are protected by a publication ban.

Crown prosecutor Mark Huyser-Wierenga has said that alcohol and "something else'' were used in at least three of the offences in what he dubbed "drug-facilitated'' sexual assaults.

Sulyma challenged the submission in her decision, saying that evidence of drugs had not been proven in court.

In total, Sulyma assessed 16 1/2 years for the five counts — a number she reduced to eight years on her assessment of the "moral blameworthiness" of McKnight, his "excellent chances to rehabilitate" and that he was attacked by an inmate while at the Edmonton Remand Centre awaiting bail.

"A sentence of 16.5 years simply exceeds what would be just and appropriate," she said.

The reduced sentence caused outbursts in the courtroom with one woman yelling, "you guys are monsters."

During McKnight's sentencing hearing, his defence lawyer played a four-minute video from a camera in the remand centre showing him being punched, falling to the ground and getting kicked multiple times by a cellmate. There's blood visible on the floor in the video.

McKnight had said he blacked out before the man was taken away by a guard. Several other guards were shown in the video gathering around McKnight and restraining him. He was then led away by guards in handcuffs and a spit mask, and later taken to hospital.

"The attack (against McKnight) was not just vicious, it was ignored by the appropriate authorities," Sulyma said, adding that the investigation into the matter was "meagre."

She noted that McKnight is a first-time offender and "I find that he has been obedient to the requirements of the justice system."

"I accept his own statements to me at sentencing that he is very repentive," Sulyma said.

This report by The Canadian Press was first published July 31, 2020

Cenovus to buy Husky Energy for $3.8 billion in shares, CEO will be Alex Pourbaix
Oct 25, 2020 1:22 PM
Comments
We welcome your feedback and encourage you to share your thoughts. We ask that you be respectful of others and their points of view, refrain from personal attacks and stay on topic. To learn about our commenting policies and how we moderate, please read our Community Guidelines.