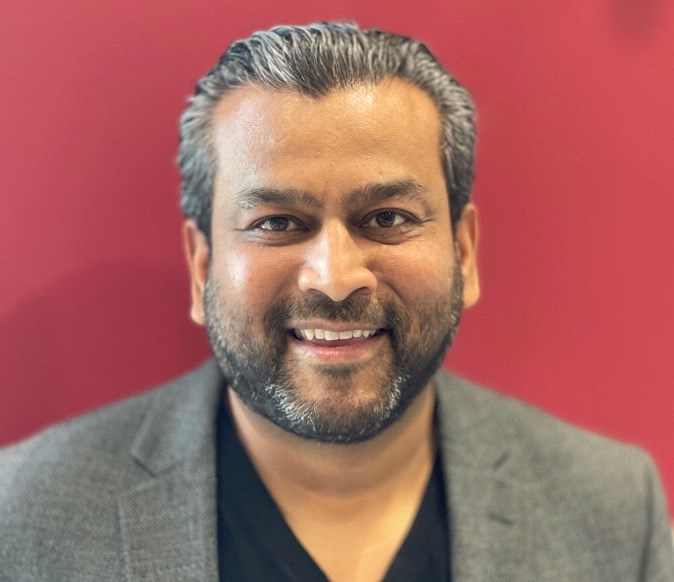 Heritage Pointe’s Al-Amin Vira, the executive director at Okotoks Honda, was elected to the board of directors at Hockey Alberta as a director at large. (Photo submitted)

Okotoks and the Foothills now has a spot on the board of Hockey Alberta.

Heritage Pointe businessman Al-Amin Vira was elected to an initial three-year team as director at large on the board of directors at Hockey Alberta’s 113th annual general meeting, conducted virtually on Nov. 21.

“I’ve been involved in hockey since the age of seven,” said Vira, the executive director at Okotoks Honda. “When I was growing up there was no spring hockey, summer hockey or development hockey, for that matter, it was just a bunch of kids showing up at an outdoor rink or one of the parents renting an indoor rink. And we would just go there and play until it’s time to home and go to bed.

“It was a very positive experience for me. And, for me, the game of hockey was a huge game-changer. Growing up there are many opportunities for us to stray away from the right path, but playing hockey, being competitive and hanging out with your buddies, it kept me focused on the right energy.

Vira, who brings an extensive business background to the board as a former associate vice president at Royal Caribbean Cruises in Miami and the last 12 years at Okotoks Honda, said he believes his vision and beliefs align with the Hockey Alberta mission statement ‘to create positive opportunities and experiences for all players through innovative leadership and exceptional service.’

For Vira, there are a couple of priorities that are a point of emphasis facing hockey in Alberta.

The first being how to navigate COVID-19.

“At the moment it’s pretty obvious it’s the biggest issue. It’s impacted our game immensely from all levels,” he said. “From a parent perspective, I have two kids that play in the Okotoks Minor Hockey system, there’s no greater challenge than not seeing my kids on the ice. As a community, we just have to be patient and let the health officials guide us safely.

“I’m very confident that if we’re patient and we think this through and we do our due diligence, we will all be back watching our kids playing hockey at the rinks.”

Another concern facing the sport is that of diversity.

Vira said his goal is to shed some light and viewpoints from the perspective of a visible minority.

“Racial equity and diversity are more than buzzwords nowadays,” said Vira, adding hockey is a great game that should be enjoyed by anyone and everyone. “In my humble opinion, this is the greatest opportunity to grow the game by being more inclusive to visible minorities to participate as players, coaches, officials, administrators and leaders.

“Me being elected to this board is an example of that and hopefully I can inspire more people to do the same.”

While out and about in the community, Vira said he encourages dialogue with anyone about issues facing the game in Okotoks and the Foothills that he can bring up to the board.

“My experience with Okotoks minor hockey so far has been very positive, the way they operate, the execution of it, it’s by the book, it’s fair, it’s very systematic,” he said. “I’m a very big proponent of what’s happening here in Okotoks and me being a community member on this board, if there are issues out there with hockey please let me know and I will do my best to raise some awareness to that.

“…if you see me out at the rinks, pull me aside and I’m more than happy to have a chat and spend a few minutes with anyone that wants to have a chat.”

For more information go to hockeyalberta.ca.