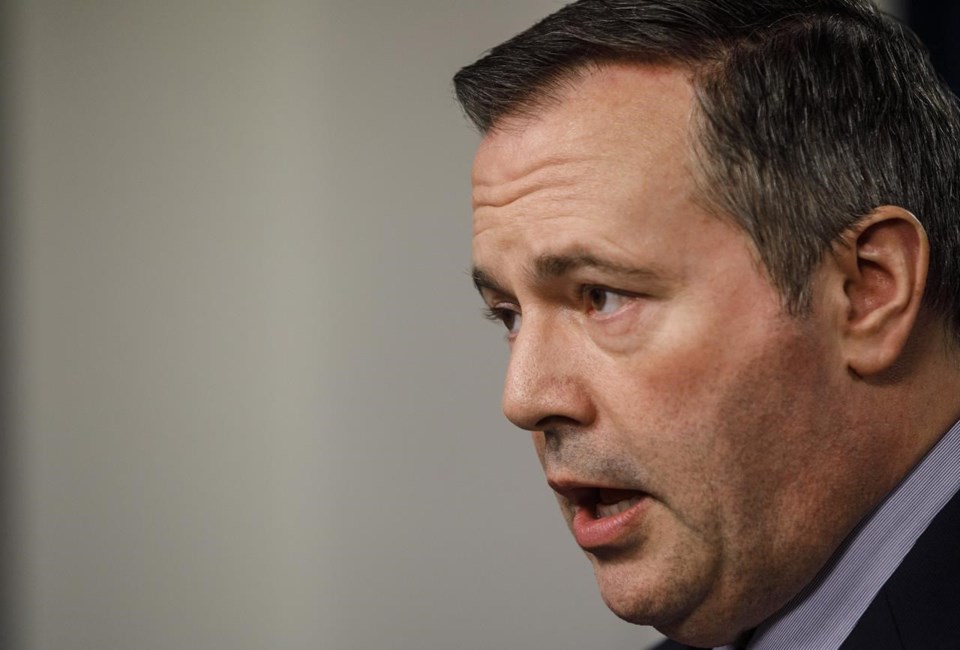 EDMONTON — Alberta Premier Jason Kenney says the province is ramping up and expanding COVID-19 vaccinations to inoculate paramedics and other emergency service workers.

Kenney said Monday that close to 47,000 doses have been administered to front-line health and intensive care workers, including doctors and nurses, and to residents in long-term care homes and supportive living facilities.

Alberta has used about three-quarters of the stock made available from the federal government and is urging the feds to find and ship more.

At its current rate of vaccinating about 3,800 people a day, Kenney said the province will run out of its shipment sometime next week.

“We have to have an adequate and ongoing supply of vaccine doses arriving through the federal government. This is absolutely critical,” Kenney told reporters at a virtual news conference.

“We can only work with what we’ve got.”

The premier said the goal is to vaccinate about 200,000 Albertans a week by the end of March.

He added that by the end of March, officials expect to receive 677,000 doses of the Pfizer-BioNTech and Moderna vaccines from Ottawa.

If other vaccines are approved by Health Canada and their manufacturers don’t sign distribution deals with the federal government, Kenney said he may negotiate to see if Alberta can get those shipments directly.

“There are other platforms out there,” he said.

“I’ve asked our legal folks to look at (the possibility) if the federal government is not going to procure other vaccines that go to market, whether provincial governments can do so on their own.”

Alberta has 4.4 million people. Kenney said the goal is to continue to vaccinate throughout the year, with most people getting shots by the fall, but vaccination is not mandatory.

The province has recently had falling COVID-19 case rates but stubbornly high levels of hospitalization.

Skyrocketing pre-Christmas numbers prompted Kenney to reinstate lockdown measures on the economy that will stay in place until at least Jan. 21.

Those rules include a ban on all indoor and outdoor gatherings, beyond those already living under the same roof.

Bars and restaurants are limited to takeout or pickup only. Retail stores can have only 15 per cent customer capacity. Entertainment venues like casinos, museums and theatres are closed. Personal services including hair salons and barber shops also remain shuttered.

Kenney said last week that he is working to rebuild trust with outraged Albertans after it was discovered that some of his United Conservative staff and legislature members took sunny Christmas vacations abroad at the same time the government was telling people to stay home to prevent COVID spread.

“The best thing Jason Kenney and the UCP can do to rebuild trust with Albertans is to remove himself as the face of the vaccine program and allow Albertans to hear directly from the vaccine task force,” said Notley.

This report by The Canadian Press was first published Jan. 11, 2021.