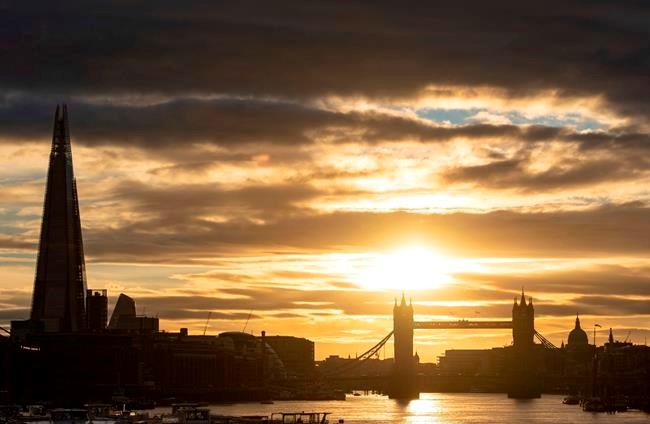 LONDON — The Bank of England held off providing more monetary stimulus on Thursday as Britain reopens after the pandemic lockdowns, but it warned it would take time for the economy to heal and unemployment would keep rising this year.

While the central bank forecast that the economy would shrink less than previously expected this year, it said gross domestic product probably won’t return to pre-pandemic levels until the end of 2021 as spending by consumers and businesses remains weak.

“The outlook for the U.K. and global economies remains unusually uncertain,? the bank said in a statement. “It will depend critically on the evolution of the pandemic, measures taken to protect public health, and how governments, households and businesses respond to these.?

The central bank’s Monetary Policy Committee kept its benchmark interest rate at a record low 0.1%. It also kept its target for buying government and corporate bonds - by which it injects money into the economy - at 745 billion pounds ($980 billion). The decisions on rates and economic stimulus were widely expected as the uncertainty over the pandemic could require more action later, economists say.

The figures are more optimistic than its predictions issued in May for a 14% drop in the economy this year.

“That partly reflects lockdown measures being eased earlier than had been assumed. It also reflects activity having been stronger than assumed under lockdown, partly due to greater online spending,” the bank said.

The minutes of the committee's meeting showed that policymakers were particularly concerned that the rise in unemployment during the pandemic could prove to be more persistent than expected. The bank forecast that the unemployment rate would rise to 7.5% this year, from 3.75% in 2019.

Policymakers also said they were concerned the recovery may slow if uncertainty over the pandemic leads some households and businesses to hold off spending.

“The committee will continue to monitor the situation closely and stands ready to adjust monetary policy accordingly to meet its remit,? the MPC said.

Transcontinental to close Winnipeg printing plant in January, affecting 110 employees
Sep 24, 2020 4:18 PM
Comments
We welcome your feedback and encourage you to share your thoughts. We ask that you be respectful of others and their points of view, refrain from personal attacks and stay on topic. To learn about our commenting policies and how we moderate, please read our Community Guidelines.