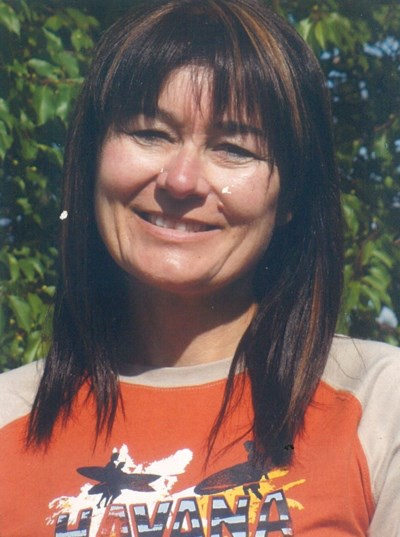 It is with much regret and sadness that we said farewell to this special loving wife and mother of ours.

After an incredible valiant fight against cancer; Kathy passed away peacefully on October 4, 2020.

Kathy was born July 10, 1958 in Edmonton, Alberta. (A beautiful little brunette) Kathy’s maternal grand-parents lived on Ferguson Road in the County of Athabasca. Kathy’s mother, Mary, trained as a nurse in Edmonton then worked Edmonton and Cold Lake, where she met Edward Gaigneur, an army man from Prince Edward Island. As a young family, Kathy and her 3 brothers: James, David and Mark, lived all over Canada; as their parents were transferred. After retirement from Cold Lake AB. Mary decided to purchase a nice piece of land in the Noral area for her and family.

Upon completing her high school education, Kathy decided to further her studies choosing a career in Education at the University of Alberta. Her first teaching job was at the Boyle school. Having been exposed to the world of travelling, Kathy decided to choose the adventurous side of life. Kathy travelled extensively: to Australia, the Far East, the Middle East and Africa. Kathleen met Callum in Johannesburg, South Africa when she joined an expedition that he was operating for visitors who desired to explore beautiful Africa and the Middle East. They spent over 10 years based in the United Kingdom; while working all over the world with Adventure Travel for Exodus Expeditions.

Kathy, not wanting to be hospitalized spent the last year in her home; under the care of her beloved family. Often looking out the picture window overlooking a lake and a restful landscape.

Be at peace dear Kathy.