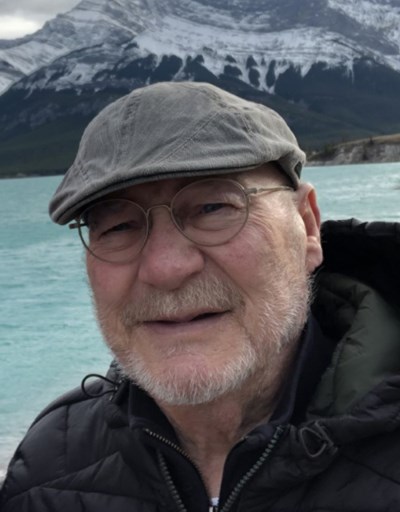 Karl was born January 7th, 1944 in Nuremberg, Germany to parents Karl and Therese (Brunner) Mandel. He followed his mother, who came the year prior, to Canada in July of 1964. He lived in Pickardville, Edmonton, and in Westlock. He married Rita Rose (Potskin) Mandel of Slave Lake in 1970 (div. 1975) and had two children.

He leaves his daughter, Shawn (Chester) and his son, Karl-Joseph PKaylee, and Grace, plus his loyal canine companion, Buddy. He is also survived by his nephew, Anton and nieces, Micheala and Cornelia, in Germany.

He is predeceased by his parents and his sister, Herta Wirth.

Karl passed peacefully at the Slave Lake Healthcare Centre in Slave Lake, AB in the early morning hours of May 22nd, 2020 after a courageous battle with cancer. Regardless of these circumstances he never complained about the cards he was dealt. He was an articulate and hardworking man with an entrepreneurial spirit. He loved learning history, new cultures, and sharing his knowledge with those around him. He enjoyed partaking in road trips to explore his new country. He could always be found outside his home growing his garden, flowers, trees, and tending to his birds. He was a mentor especially to those he loved. He was willing to advise, give encouragement, and help however he was able. Karl was very proud of his German roots. He believed in a good education, a strong work ethic, and the value of a person’s good character and their family name. Karl’s father passed in 1959 when Karl was fifteen years old. His mother remarried and moved to Canada for a new life. Karl stayed in Germany to finish his education and departed for Canada a short time later. Upon his arrival in Canada from Germany in 1964, he resided with his mother and her new husband, Josef Jestl at their farm near Pickardville, AB. He helped around the farm for a short while before moving to the City of Edmonton, AB. There he found temporary employment doing a variety of jobs such as working on the press at the Edmonton Journal before finding full-time employment with Dominion Bronze in Edmonton. Although he came to Canada with bare necessities he persevered and helped build a window and siding company. Through his many careers, he co-owned Betterview Windows, Bayview Windows, and Siding and later drove for Barrel Taxi before retiring in Westlock, AB where he spent his time tending to his yard and relaxing with his loyal dog, Buddy.

A Funeral Service was held on May 27, 2020. An Inurnment was held at the Westlock Cemetery, Westlock, AB.

Gifts in his memory can be made to the Cross Cancer Institute of Edmonton https://giving.albertacancer.ca/donate/in-memory

WHITE, Emily Gwendolyn (née Roberts)
Jul 14, 2020 12:00 AM
Comments
We welcome your feedback and encourage you to share your thoughts. We ask that you be respectful of others and their points of view, refrain from personal attacks and stay on topic. To learn about our commenting policies and how we moderate, please read our Community Guidelines.